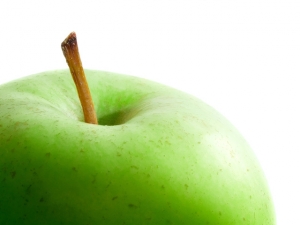 What if Steve Jobs’s creative genius wasn’t the key to Apple’s success? But most importantly, what if his secret sauce was something we mere mortals could apply in our business?

Let’s jump in the wayback machine and look at Apple just a few years before the start of the new millennium. The creative folks there offered a broad range of products considered to be the high-end in their markets. If you had anything to do with education, the arts, design, or science there was a pretty good chance you were using a Mac or trying to convince your IT department to let you.

Sounds like a wonderful position to be in. But think again. Under the surface, Apple was in complete disarray and within months of bankruptcy. Most have conveniently forgotten that shortly after Steve Jobs returned to Apple he had to ask Microsoft for a $150 million dollar investment just to keep the lights on.

So what did Jobs do to put Apple back on the right track? The pundits expected him to do a big deal or ramp up the new product effort. What he did was just the opposite.

Jobs simplified everything targeting the critical few important things and jettisoning the rest. He refocused almost every aspect of Apple on making just a handful of what he would later refer to as insanely great products.

Apple went from offering 15 desktop models to just one. Same with laptops. They ditched the printer and peripheral business – even though HP was making buckets of money there. They also got rid of manufacturing in favor of outsourcing and stopped selling through all but one traditional retailer in favor of the web.

Jobs seemed to have an innate understanding of something Goldratt later referred to as the “Constraint of Management Attention.” For Apple, that meant people were too distracted keeping all the plates spinning to be able to seize upon the opportunities that Jobs saw coming.

But Jobs knew that without a clear, laserlike focus, all of the creative talent would be wasted. In just a few short years, Apple seized the digital media revolution and transformed the market. It started with iMovie and the desktop as a digital hub and then moved on to the iPod with iTunes as a new media hub and eventually onto iPhone and finally iPad.

Jobs didn’t have the complete vision in 1998. He simply knew that if they were going to ride the next wave of the digital media revolution, they had to have the bandwidth. If they’d been busy slugging it out in PC’s vs. the dominant Windows/ Intel standard, they would have been two distracted too have seen each layer of opportunity as it unfolded and would never have accomplished even close to what they have.

To further make the point about focus, the iPod went from idea to shipping in only 10 months including development of the iTunes store. Imagine accomplishing that without a laser like focus.

Most CEO’s recognize the importance of focusing in on a few key things and doing them well. Of having the visibility to be able to recognize windows of opportunity as they are opening. But too many still allow their organizations to chase every opportunity that passes in front of them. They end up so busy chasing the trivial many that they either don’t see, or are simply unable to move their organizations towards, the critical few.

Instead, ask yourself, “What are the handful of things that are absolutely critical to the success of our business – not nice or pie in the sky, but absolutely critical?” Then take action as a leadership team to focus on those and shelve the rest. As you do, you’ll see the chaos calm and the fog dissipate as you get better visibility into your business than ever before.

And that’s a secret sauce that you can actually use.

Previous post: How to Nail Your New Product Sales Goals Every Time