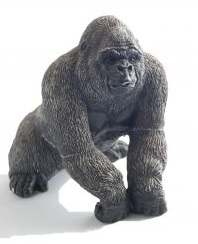 In their new book, The Invisible Gorilla: And Other Ways Our Intuitions Deceive Us, Chabris and Simons share a story where study participants were tasked with counting the number of times a basketball was passed during a one-minute film shown in the YouTube clip below. Halfway through the film, someone in a gorilla suit walks through the picture while beating his chest and them leaves.

The amazing thing is that half of the participants were so focused on the task that afterward they had absolutely no recollection of seeing a gorilla. It’s what the authors call the illusion of attention and the illusion of memory-the fact that we put much more faith in our our powers of observation and recollection than is warranted.

While The Invisible Gorilla is not about new product development processes, there are some important lessons here for innovators. If you are interested in accelerating product development, you know it’s important to have people spend time interviewing customers. If you’ve ever participated in one of these interviews, you know there is lots of information that you have to pay attention to and later recall.

Of course, there’s what the customer actually says, but sometimes it’s just as important to pay attention to how they said it, or even the body language they exhibited while saying it. It requires impeccable listening skills and copious note taking.

The problem is that keeping everything from the interview straight means that you could easily miss the gorilla walking through the room – or more specifically clues that point to an opportunity to profitably serve a new unmet or un-articulated customer need. That’s why I coach new product development teams to divide and conquer by having three people participate in customer interviews or requirements definition sessions.

The first person leads the discussion and asks the questions. The second takes notes to aid recall afterward. The role of the third is to watch for the gorilla – to listen for clues that the other two might miss because of their task orientation on asking and note taking. They can then ask follow-up questions for clarification and to explore unexpected areas of opportunity.

The other important element in this process is the team debriefing that follows. Information accuracy has a half-life so you must record it while it’s still fresh. You may have notes in what was said, but recollections of emotions and body language fade fast.

Budget extra time between sessions and never wait until after you get back to the office to debrief. Plus, if you are conducting multiple interviews, always debrief before conducting the next interview. It’s critical to use what you’ve learned to improve successive sessions.

So what are the gorillas you’ve been missing in your customer interactions?

Posted in Finding New Product Opportunities
We use cookies to ensure that we give you the best experience on our website. If you continue to use this site we will assume that you are happy with it.Ok