Employing the generic thinking of the Theory of Constraints, the methodology of scheduling and execution control of single projects has been developed under the name of Critical Chain Project Management.  That methodology also has been expanded for managing multi-project environments.  However, TOC has not, so far, contributed much to other areas of critical decisions regarding projects.

This series of posts focuses on the following parts:

Of the three parts the first two were strongly influenced by Dr. Goldratt.  The author participated with the writing of Necessary but Not Sufficient (Goldratt, Schragenheim and Ptak, 2000) where, during the internal discussions, Dr. Goldratt raised the main ideas for the first two parts.  Those discussions were the basis for this series and formed the thinking and the findings of these first two parts.  The third part is more independent thinking and development by the author based on the idea about the different decision rules in planning versus execution.

The first part gives the overall picture of where the two separate contributions fit into the managing of new products projects.  Both contributions involve not just the technical aspects of product development but also its ties to the marketing and sales of the future products.

The term “problematic” recognizes that the current common processes of dealing with those issues are unsatisfactory.  There are definite undesired effects in reality as a result of the faulty or nonexistent procedure to handle such decisions.

We recognize now three problematic decision-areas in project management for which TOC should have a major role in developing much improved decision making guidelines or procedures.

Currently TOC has developed a detailed technique only for the third area, the CCPM methodology that vastly improves both the planning and the execution of most projects.  A hidden assumption behind CCPM is that the output of the project is well defined and the knowledge of what tasks and resources are required for achieving the output are well known prior to the formal start of the project.  Certainly there are projects for which CCPM cannot be used as is and would require some changes.  True research and oil drilling projects (where the continuation of the project and its scope are highly dependent on the findings at every stage of it) would need to cut the main project into short-length ones in order to capitalize on the superior planning and execution rules of CCPM.

How to choose a project?

Let’s first distinguish between two different scenarios for choosing a project.  One is when the project is fully under the responsibility and initiative of the organization.  The other scenario is for an organization that bids (or is simply invited to produce the design) for a project owned by another organization.

Bidding for a project looks a little simpler than deciding upon initiating a project. It is, however, a critical decision that involves analyzing the long-term value for the organization in choosing the considered project, and then the shorter-term impact on the project-mix of the organization. The impact of the new project on meeting the commitments for the existing projects must also be considered.  The analysis of the impact of the new project on the existing projects is already supported by the CCPM methodology and the related software packages.

After the above analyses, one should analyze the direct financial contribution of the specific project:  its revenues and related operating expenses that can be deduced for the project.  Then there is the question of assessing the level of uncertainty, especially regarding the use of capacity and the possibility that it might be required for an even more lucrative project.  This financial analysis under uncertainty is a key for deciding upon the price offered for the bid.  This financial analysis under uncertainty should be a very valuable development of TOC in the future, taking into account two scenarios:  a reasonably pessimistic scenario and a reasonably optimistic one (Schragenheim’s TOCICO presentation at Miami 2004).

Choosing an internal project is an even more complicated decision that calls for a simple, yet effective, TOC procedure.  All the above elements are part of this decision as well, but here the real focus is on the output of the project.  There are two main questions:

a.      When we speak about a new product/service, then what is the value to the clients of the company?

b.      What is the possible value to the company itself?

2.      Do the managers know how to achieve the above value?  All requirements must be considered in order to give a positive answer.

The level of uncertainty in such projects is very high.  Thus, a formal and careful analysis of both the pessimistic scenario and the optimistic one needs to be done.

Deciding upon the features

Defining the output of a project and deciding to accept it still do not fully encompass what features should be included in it.  This area is less relevant for projects initiated by another organization, but is a key area in any project initiated by the organization itself.

More on this in further installments. 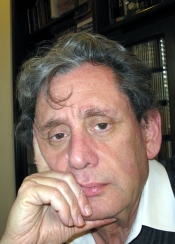