More innovation lessons from the classroom 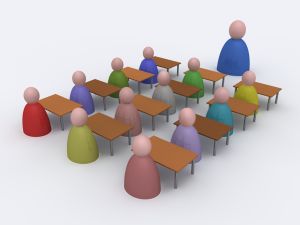 Just read an interesting study from Dan Ariely’s book, Predictably Irrational, that adds an extra layer of value to the argument for pipelining your new product development projects – as if faster cycle time and earlier cash flow weren’t enough.

If you aren’t familiar with the idea of pipelining, working on projects sequentially rather than in parallel means that more projects get done sooner.  Here’s an example:  Let’s say you have 4 different customer projects  A, B, C, and D.  And let’s say that each will take 3 work months to complete. If we break them into one month chunks and work in the ABCDABCDABCD sequence, the best we could hope to accomplish is to finish A after 9 months, B after 10, C after 11 and D after 12 months.

Pipelining, or completing one project before starting the next in the sequence  AAABBBCCCDDD, allows us to deliver to the first client after 3 months, the second after 6, the third after 9 and the fourth after 12.  Bottom line – three of our clients see their work earlier than they otherwise would have and the fourth sees no difference.

But there’s more to it as we learn from Ariely’s work on procrastination. His studies show their is also a big quality benefit to pacing commitments  – even if he doesn’t call it pipelining. In the study, he describes three classrooms of students each give three assignments to be completed over a three week period:

The students that did the best work were in classroom C with  B earning the next highest grades and A performing the worst.

What happened was that the students in Class C, while probably still procrastinating (come on they’re still students), pipelined their work – working on one project at a time until its due date.

Most of the students in Class B recognized the value of spreading the deadlines out and chose one deadline per week, but their average was brought down by the “clever” students who chose to have all three projects due in the final three days.

The students in Class A got the deadliest mix of all – multi-tasking and the student syndrome- which caused many of them to do poorer since they tried to cram three projects into the last week.  Interestingly enough, they could have still worked the same as class C or B but without any perceived downside they procrastinated.

So many lessons for managing new product development projects here – in fact lessons that apply to almost any type of project.