5 rules for growth – Is a disruptive innovation strategy right for your business? 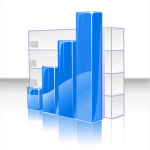 Disruptive Innovation is one of the most over-used terms in business today—and it’s rarely used correctly. But how the term is used is not what’s important. Instead, we’ll focus on whether disruption is the right innovation strategy for your company or whether a sustaining approach is more appropriate.

Disruptive Innovation, a term coined by Clayton Christensen in the Innovator’s Dilemma, simply means creating a new basis for competition that competitors in mature or over-served markets can’t or won’t follow—at least for some period of time. That’s because the performance is usually poor along traditional lines of competition, making them easy for established competitors to ignore. Here’s a simple example:

Ten years ago, if you had asked customers what they wanted in a home floor cleaner, they would likely have said, lower pricing or faster drying (view my previous article for more on why customers don’t always know what they want). P&G challenged that idea by competing on convenience with Swiffer—a disposable non-woven pad, under license from Kao. Swiffer cost more and wasn’t effective as wet mopping. But with no bucket and no wet floor—well, it doesn’t get much easier than that. P&G had a huge success that dramatically expanded the floor cleaning market.

Kao first attempted to license this technology to the leaders in wet floor cleaning, but they viewed it as ineffective along the traditional lines of performance. Plus the leaders failed to recognize the potential for creating a new market—overserved customers too busy to wet mop.

Now, iRobot is addressing a new group of overserved customers with Scooba, its floor cleaning robot. Here’s a video if you haven’t seen one before.

Turn this little device on when you leave or turn in for the evening and it goes to work cleaning your floor so you don’t have to. Again, it certainly cost more than Swiffer but for working families that will trade money for time, it takes ease of use to an entirely new level—completely unattended cleaning.

Examples of disruption in other industries include:

The other side of the innovation coin is a sustaining strategy. That’s adding additional capabilities and functionality to raise the performance of your existing products. An example would be the Swiffer Wet-Jet, which added wet cleaning capability to further compete with mopping. For the Scooba example, sustaining innovation would be adding capabilities like a scheduling function or adding heated cleaning for better performance.

So how does knowing all of this help you choose an innovation strategy?

Here are five simple rules to help you decide which approach best fits your situation:

Rule #1 – If you want to challenge an established market, you need a disruptive technology strategy. Trying to displace a market leader with a sustaining innovation is a recipe for disaster. Market leaders have too much to lose. They also have the cash flow to defend their position. The best way to dislodge a market leader is the way P&G did with Swiffer—by finding an underserved segment (people who didn’t have the time to wet mop), launching a disruption, and then steadily moving its performance up the sustaining performance curve.

Rule #2 – If your market is mature or over-served, you may be at risk for disruption. Don’t ignore lower performing alternatives competing at the edge of your market. With sustaining improvement, they may eventually compete directly and on a basis that you can’t defend. Remember Ken Olsen, the CEO at mainframe manufacturer Digital Equipment Corp., dismissed the first PC’s saying, “There is no reason for any individual to have a computer in his home.” DEC never caught up and was eventually bought by PC maker Compaq.

Rule #3 – If you have a disruptive technology, don’t launch it in your own backyard. IBM recognized this with the PC. Traditional mainframe engineers dismissed these computers as toys. That’s why IBM set up the PC business as a completely separate company in a different location. That’s also why it took an outsider, like P&G, to see the potential for the Swiffer.

Rule #4 – Don’t expect existing customers to be interested in your disruptive technology. Wet-mop users wanted better performance and looked down on the subpar performance of a disposable cloth. That’s a big part of why launching a disruption in your own market doesn’t work, because companies are geared to serve existing customers not future segments.

Rule #5 – If your market is underserved, your strategy should be sustaining innovation. In fact, sustaining innovation should be at least a part of every company’s strategy. Even if you’re a disruptor, you continually need to increase your new products capabilities vs. established competitors. Just like Wet-Jet allowed Swiffer to move closer to wet mopping performance.

Creating new markets requires a disruptive strategy that ignores the current rules of competition and focuses on a new performance dimension – one that established competitors can’t or won’t address. This same approach doesn’t work for existing market segments where your customers want higher performance. While disruptive innovation isn’t for everyone, every business, even those pursuing disruption, must have an element of sustaining innovation to be able to move continually move products up the performance curve.

Why New Product Brainstorming is a Bad Idea

3 Questions to Make Your Next New Product a Clear Winner